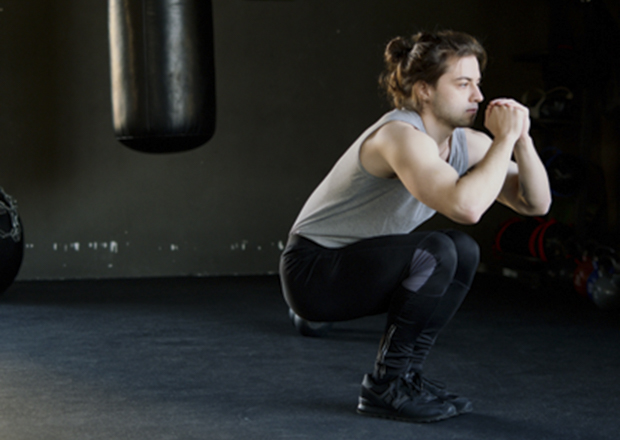 Axial loaded strength exercises, such as the back squat, are often regarded as a fundamental component of strength programs designed to increase lower-body strength and power. During maximal sprinting, ground contact seems to occur with the hips in a neutral to slightly extended position, with the gluteus musculature shown to be the biggest contributor to hip extension torque.

Recent research, however, has proposed the use of the barbell hip thrust as an alternative means of training the posterior chain musculature of the lower body. This exercise has been shown to elicit greater gluteus maximus and hamstring activation when compared with the back squat in strength-trained females and higher anterior-posterior horizontal forces.

The objective of the present study was to compare muscle activation of the gluteus maximus and ground reaction force between the barbell hip thrust, back squat, and split squat and to determine the relationship between these outcomes and vertical and horizontal forces during maximal sprinting.

Given that maximal sprint speed correlated with horizontal force production but not vertical production, using exercises that develop force in the horizontal plane may provide superior transfer to sprint-based performance.