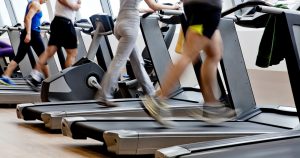 The Gym and Fitness Centre Industry growth over the last five years has been strongly led by increasing health consciousness which has led to an increased uptake of gym memberships. However, it’s largely due to the emergence of the budget 24-hour gym chains such as Jetts Fitness and Anytime Fitness. Customers have flocked to these gyms, attracted by the affordability and accessibility. These budget 24-hour gyms generally operate with minimal or no staff – which means the savings made on reduced wages reduces membership prices.

Over the next five years, gym memberships are expected to slow, as most markets have been tapped into, catering to all parts of the population. Most areas now have a combination of full-service gyms, women-only gyms and budget 24-hour gyms. Revenue growth is also expected to slow as consumers continue to move away from the more expensive, full-service gyms to budget gyms. However, experts believe the slowing of industry growth could be partially offset as the ageing population become more familiar with gyms and drives demand for full-service gyms offering group fitness classes.

The 35-54 year age group spend the most than the other age groups, as they are more likely to use full-service gyms. However, this group’s likelihood of taking on a gym membership has declined over the last five years as home fitness alternatives have become attractive substitutes.

The 55 and over age group has expanded over the last five years, due to our ageing population. This is expected to continue to grow as older people are now more likely to have been gym users when younger and are continuing the habit.