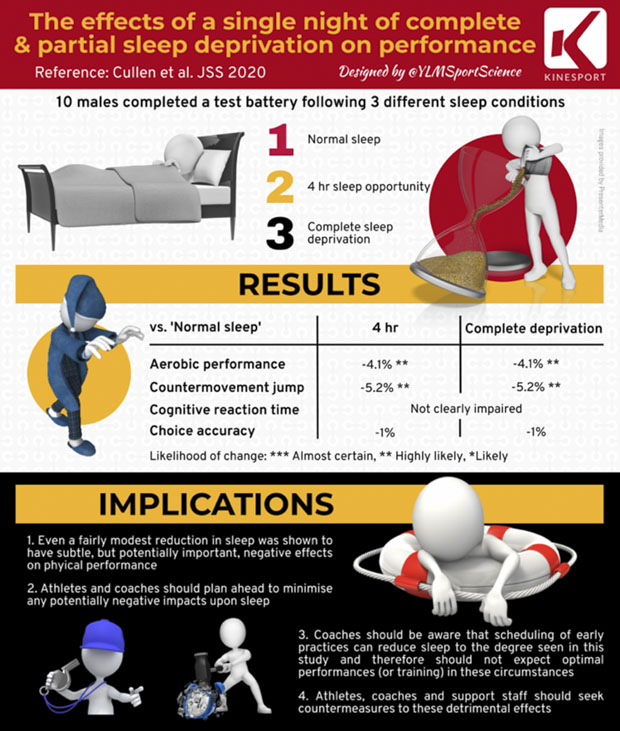 Athletes are reported to be at an increased risk of disrupted or impaired sleep. During routine training and out of competition periods, the sleep of elite athletes appears only slightly worse than matched controls; however, there are a range of scenarios which can further impair or restrict the sleep of athletes.

Amongst athletes and coaches, sleep is widely considered essential for optimal athletic performance, yet this supposition has not always been supported in well-controlled studies. While it is important to consider that the impaired sleep experienced by athletes is often accompanied by other features such as pre-competition anxiety (as discussed above), and is therefore not identical in nature to forced sleep deprivation in a laboratory setting, studies of sleep deprivation do provide a basis to study the effects of impaired sleep.